👋 if you missed @sarjoun's keynote From 1 to 1000 for @Robo_Business last week, you can watch it here. Let us know what you think! https://t.co/2QHQaElHYy

What an honor! Thank you @Robo_Business #Pittsburgh #Innovation #Automation https://t.co/2ObfOWGm3E

The company raised $29 million of Series B1 venture funding in a deal led by Cota Capital on June 21, 2018, putting the company's pre-money valuation at $150 million. Intel Capital, LG Electronics, Walden International, The Lucas Venture Group and WRV also participated in the round. The company, which has raised more than $70 million in total funding to date, intends to use the funds to support international expansion, focus on software improvements, give customers more data-driven insights and explore opportunities like the deployment of robots in smaller grocery stores.

👋 if you missed @sarjoun's keynote From 1 to 1000 for @Robo_Business last week, you can watch it here. Let us know what you think! https://t.co/2QHQaElHYy

What an honor! Thank you @Robo_Business #Pittsburgh #Innovation #Automation https://t.co/2ObfOWGm3E

We're thrilled to be part of this extraordinary event! Join us on Wed. to hear from @RedMckay1, Myron Burke & Reid Jackson for a super session on Autonomous Retail: Accelerating the Shift. This is a Can't-Miss! https://t.co/GRJ4gl8mYx 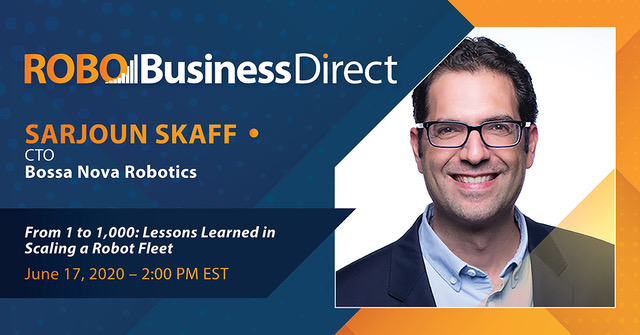 #TBT to our announcement of adding an additional 650 robots to Walmart stores this year. Have you spotted one in your local #Walmart? Send us a pic! https://t.co/YDIdFE6wCS

"Walmart, a major client of Bossa Nova, are finding these units doubly effective because they not only ensure shelf and pricing integrity but also create better opportunities for store employees to serve customers, outsourcing time-consuming tasks." #Retail #Data #AI https://t.co/lirnwAfLpD